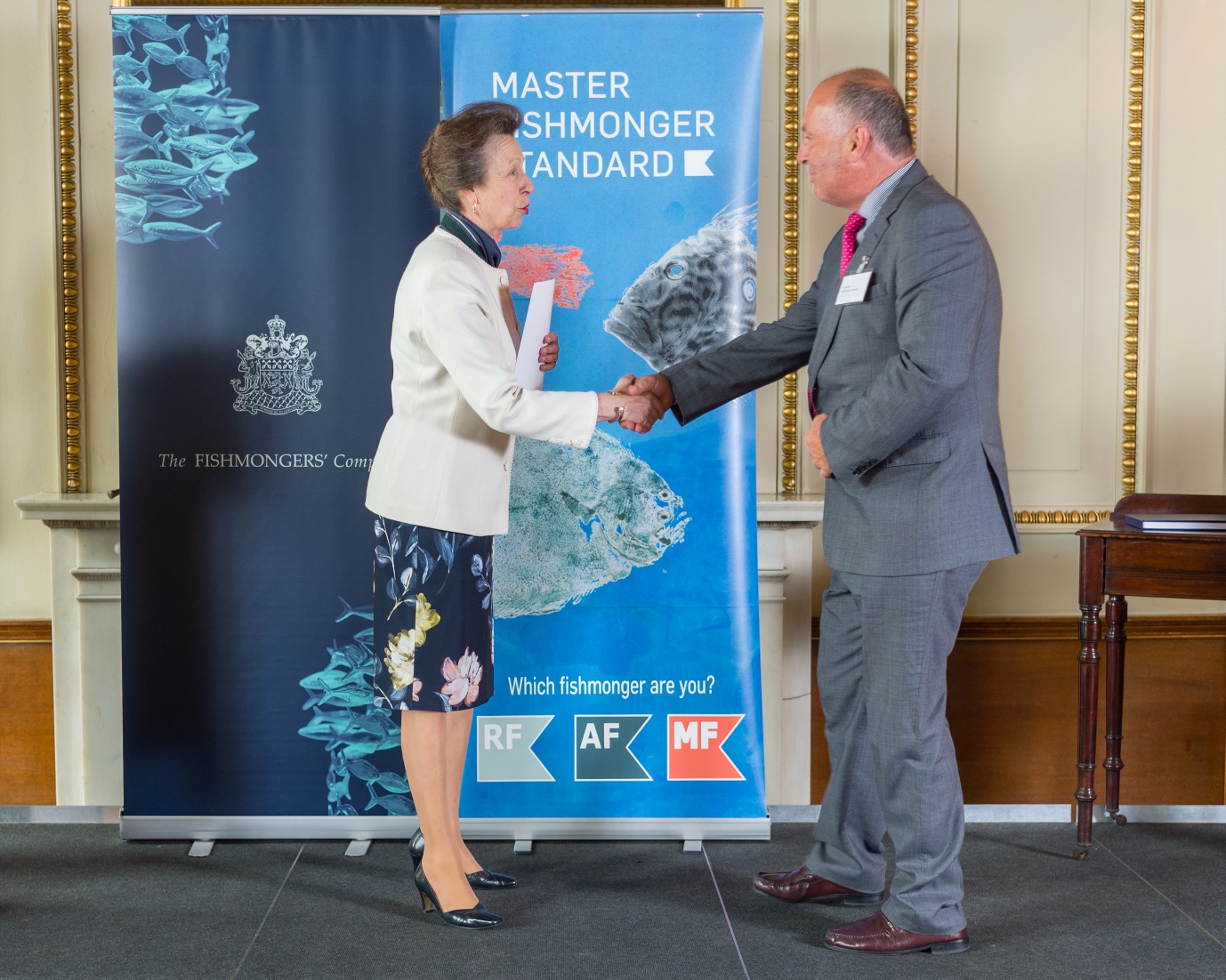 Excellence amongst Fishmongers was recognised this week with the inaugural awards ceremony for the coveted accolade of Master Fishmonger.

Ten fishmongers received their certificates of achievement from HRH The Princess Royal, in her capacity as Prime Warden of The Fishmongers’ Company.  It was held at Fish Hall near old Billingsgate Market in London, the historic centre for standards of fishmongering since 1272.

One recipient was Master Fishmonger Hal Dawson, who opened his first fishmonger shop in the 1970’s armed with just a pair of kitchen scissors and a set of his mother’s plastic weighing scales.  He declared this moment as the ‘biggest accolade of his seafood career’. Having sold his fishmonger business and smokehouse in 2000, Hal has since trained hundreds of fishmongers across Europe.

In her address to the assembled guests, The Princess Royal encouraged all fishmongers to be the guardians of excellence, not just with the preparation and selling of fish, but also as champions for healthy eating.  Alongside was a clear message that fish is a valuable commodity, and our consumption must not overmatch the sustainability of stocks.  HRH suggested that one of the best ways for us all to recognise this challenge is for fishmongers to ‘tell the story’ to customers over the counter in the local supermarket.

As the first of its kind for the industry, the Award scheme recognises achievement for Fishmongers at 3 levels of progression – Recognised, Advanced and Master.  In addition, those who have given a lifetime of contribution to the art of fishmongering may be bestowed as Companion Fishmongers.

Andrew Kenny, President of the National Federation of Fishmongers, said: ‘I believe the Master Fishmonger Standard is the most exciting thing to have happened to the retail seafood sector in a long time, promoting higher levels of knowledge, craft skills and setting a standard to be aspired too. ‘