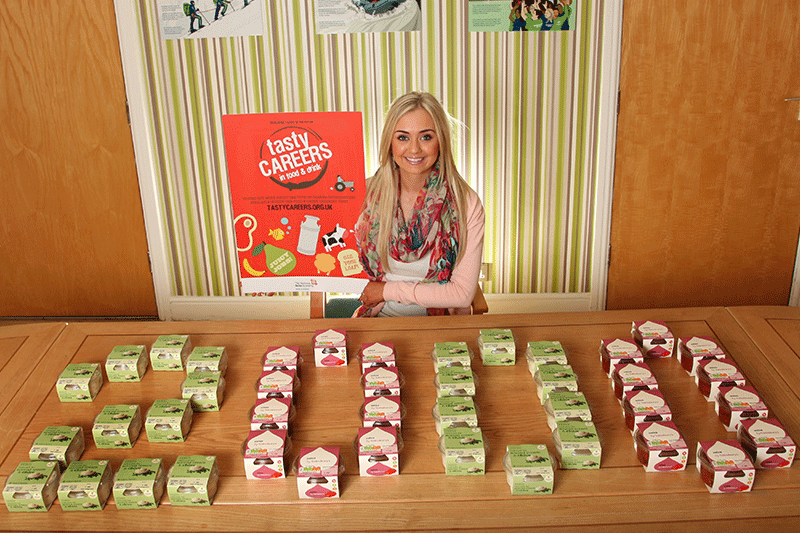 Tasha Devey, a 21 year-old trainee with international prepared foods company Bakkavor, has been named as the 2,000th person to complete an Apprenticeship in England’s food manufacturing industry in 2014 according to new data released by the National Skills Academy for Food & Drink which compiles Apprenticeship data for the sector.

“It’s such a great industry to work in so if you get the opportunity, I say go for it,” said Spalding-based Tasha who now aims to become a manager.

The new figures show 2014 was a record year for successful Apprenticeship completions in the industry with 2,000 certificates issued in England – continuing an upward trend.

Over the past five years, more than 9,675 people have completed an Apprenticeship in the sector in England, Scotland and Wales –including well over 5,000 in England alone.

She added: “Bakkavor are a great example of a company who encourage apprentices to reach their full potential and this apprenticeship  delivered by an excellent provider in the University of Lincoln  provides a great bedrock for a young person to develop their future in the industry “

Amy Wright, Bakkavor’s Group HR Recruitment Officer said that Apprentices at the company were seen as leaders of the future.

“Our well established apprentice scheme allows for a combination of practical training with focused college work which in turn allows the apprentice to bring new ideas and fresh thinking as well as having the confidence to challenge the way we do things.”

“Apprenticeships are a great way of investing in young talent for the future and will result in the business having great young people that have the potential to develop specific and unique skills for the food industry.”

Food and drink businesses in Wales urged to prepare for Brexit